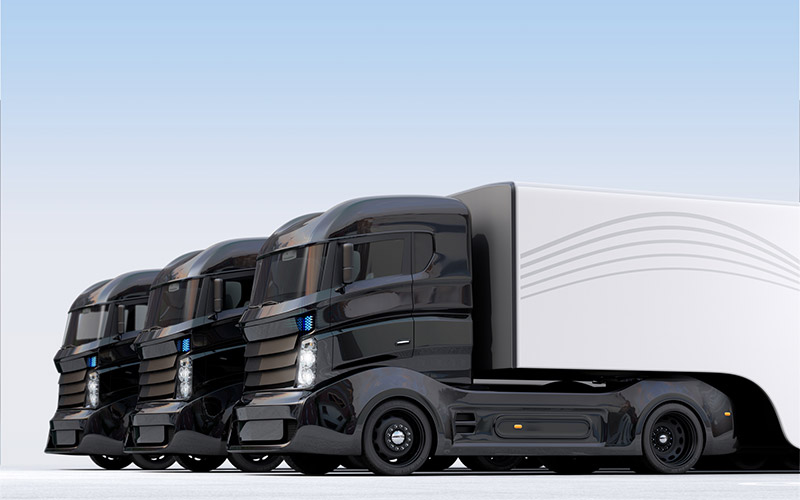 If you are an advocate for the environment, the sight of black clouds billowing into the air from a big rig can be quite unsettling. The scene undeniably represents the remarkable achievements of humankind, but also the environmental destruction left in its wake. While the trucking industry remains a vital component of our economy, its impact on our environment is not sustainable.

“Truckers log an average of 120,000 miles annually releasing about 223 tons of carbon dioxide into the Earth’s atmosphere. Considering that there is an estimated 15.5 million trucks operating in the US alone, the amount of environmentally harmful emissions contributing to destabilizing our planet’s energy balance is staggering,” Josh Ensign, former Tesla executive and president of the electric transit organization, Proterra, and current COO of the mobile energy storage company, Moxion Power, highlights.

Luckily, things are changing, and the state of Georgia is leading the way with the launch of a new EV Go-Station fleet charging site at the Port Fueling Center, adjacent to the Port of Savannah. This site will be one of the largest DC fast EV charging sites in the state once fully completed and will enable private and commercial vehicles to complete EV journeys not possible today. The site will cater to the growing demand of EVs traveling in the area and the rapidly increasing amount of EV light, medium, and heavy-duty trucks due on the roads soon. The project will serve Georgia’s environmental and economic growth agenda.

“We are proud of the environmental improvements in Georgia over the years. From 1990 to 2017, we decreased key pollutants in our air by 69%. In line with this critical improvement, we saw a 283% increase in GDP over the same period. Our partnership with companies like Go-Station, Rivian, and SK Battery America are all part of continuing to make significant improvements to our environment and economy for generations to come,” Tim G. Echols, Commissioner, Georgia Public Service Commission, explains.

Go-Station will break ground on the new EV site at 5712 Augusta Road in the coming months. “At Go-Station, we are focused heavily on improving the environment and economy in areas where we do business. We see our work as a catalyst to change regarding how transportation happens today, especially in the commercial space where there is so much work to be done from an environmental perspective. We are excited about our ongoing partnership with the Savannah Port Fueling Center and the state of Georgia. The electric transition cannot happen without like-minded people coming together for the betterment of our communities and planet,” Andrew Hisey, Go-Station’s president and CEO, explains.

The Port of Savannah is home to the largest single-terminal container facility of its kind in North America, comprised of two modern, deep-water terminals: Garden City Terminal and Ocean Terminal. Garden City Terminal is the fourth busiest container handling facility in the United States, encompassing more than 1,500 acres and moving in excess of 5 million TEU’s in the last year of containerized cargo.

In addition to EV charging, the Port Fuel Center, which opened this month, is an innovative, state-of-the-art food and fueling facility for drayage and freight operators in and around the Port of Savannah. The center features live digital monitors displaying up-to-the-minute stacking at each of the port interchange gates, overnight parking for up to 80 trucks, EV shuttle service, a medical facility, an onsite truck repair facility, outdoor handwashing stations, showers, trucker paperwork drop boxes, fresh and prepared foods, a Wendy’s® restaurant with drive thru access, 16 gasoline pumps, 10 DEF diesel lanes, and 3 fuel lanes for Compressed Natural Gas.

“The Savannah Port Fueling Center is a prime example of our commitment to economic expansion, job growth, a more sustainable future, and our customers. We are thrilled to be partnering with Go-Station in making such a significant contribution to Savannah and EV transportation with a center near the largest and fastest-growing container terminal in America,” Sean Register, Managing Director of the Fuel Center, says.